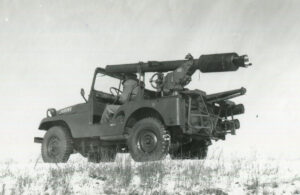 The launchers were mounted on a tripod transported by an  M113 armored personnel carriers, or were mounted to a Jeep (the M38A1, and later the M-151).

The  initial M38A1 were equipped with with an M28 launcher, follow-on deployments were fitted with the M29.  The initial  M38A1 were later upgraded to the larger M29. 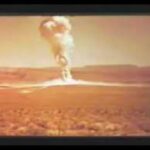 Live fire test of the M388 on 17 July, 1962.  The test consisted of  Army crew launching a live M388 from an M29 launcher. The warhead detonated at a height of approximately twenty feet and at a distance of 1.7 miles from the launcher.

The test was conducted in conjunction with Operation IVY FLATS, a series of maneuvers to train soldiers in nuclear battlefield conditions.